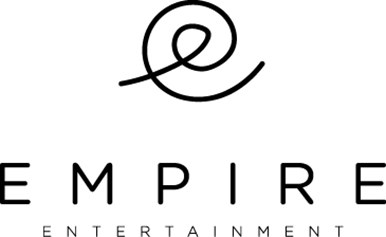 Johannesburg, 8 February 2018: – Times Media Films, a leading film distributor in South Africa and equally, a key distributor across Africa, announced yesterday that it has re-branded to Empire Entertainment – a division of The Tiso Blackstar Group. As a collector of both local and international films, the business is committed to releasing the latest films to South African audiences and beyond. Empire Entertainment is the proud custodian for prestigious international film studios Warner Bros. Pictures International and 20th Century Fox, Metro-Goldwyn-Mayer (MGM) and boasts the largest collection of leading Independent films, acquired from studios such as Lionsgate, STX, Amblin Entertainment, Studio Canal, Participant Media and many more.

The name change reflects a new chapter in movie distribution on the African continent, moving beyond borders and beyond screens. Their mission is to bring the best of international entertainment to Africa and share authentic African stories with the world.

“Since the company started more than 25 years ago, we have placed great value in premium content and will continue to share this with an even wider audience.” said Cameron Hogg, Commercial Executive for Empire Entertainment.   “We believe that the new name is testament to this vision,”

Empire Entertainment has major plans for the future, especially considering the properties it will be releasing this year including TOMB RAIDER with Alicia Vikander, which was shot in South Africa last year, GRINGO starring homegrown talent Charlize Theron and Sharlto Copley alongside David Oyelowo, Amanda Seyfried and Joel Edgerton as well as the much-anticipated sequel to Deadpool from the X-Men franchise, DEADPOOL 2.

Apart from this, Empire Entertainment is also exploring the future of entertainment in Africa and how it can continue to share the best in local and international content with today’s audiences.   The company distributes its independently acquired content into Southern Africa (Zimbabwe, Botswana, Namibia), West Africa (Nigeria and Ghana), East Africa (Kenya, Uganda, Tanzania and Zambia) as well as the Seychelles.

Empire Entertainment is a division of the Tiso Blackstar Group.