Johannesburg, 11 October 2018:  Tiso Blackstar has been awarded for the ‘Best Contribution by a Media Owner’ at the 5th annual AMASA Awards that were held on 10 October in Sandton.  The Awards, presented by the Advertising and Media Association of South Africa, aim to reward the innovative use of media, as well as cross-platform creativity.

Nando’s partnered exclusively with Tiso Blackstar’s title the Sunday Times – SA’s best-selling weekend newspaper – to promote the #rightmyname campaign which aimed to correct the exclusion felt by millions of South Africans when their names were reflected as errors by spellcheck. The Sunday Times played a key role in taking the Nando’s #rightmyname campaign to more than 2 million readers across the country, to ignite online participation in the initiative. 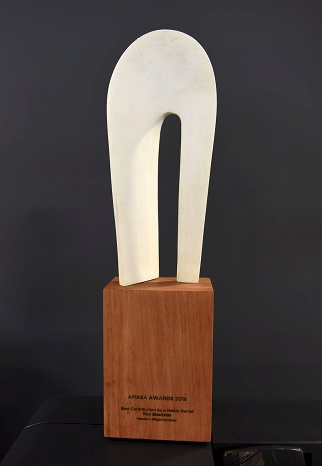 Reardon Sanderson, GM: Group Sales & Marketing at Tiso Blackstar says: “The collaboration between the Sunday Times and Nando’s is a great example of how a leading newspaper platform allowed marketers to achieve the reach they needed, through print innovation and creativity. It also worked because the Sunday Times maintains a loyal audience of engaged readers, who were motivated to amplify the initiative online and via social media – igniting the cross-platform leap Nando’s were looking for.”

The #rightmyname campaign generated in excess of 53 million online campaign impressions, and resulted in more than 70,000 unique names being added to the #rightmyname database, which was subsequently available for download in online dictionaries.

“We’d like to thank Nando’s, the creative team at M&C Saatchi Abel, and The Media Shop for recognising the power of print by collaborating with the Sunday Times to deliver a truly memorable and relevant campaign. This AMASA Award is one we can all be very proud of,” concludes Sanderson.