Newspaper Advertising Rates in South Africa are important to identify and understand. Advertising in newspapers can be defined as the running of campaigns in the form of advertisements in newspapers that run locally or nationally and either daily, weekly or even monthly.

Newspaper advertising in South Africa is something that has been happening for a very long time. This continues to happen even to this day with many different newspapers finding ways to make advertisements more visually appealing to readers as well as being valuable to the reader. For this reason, newspaper advertising is seen as a sure fire way in which a company or brand can reach potential customers in a manner that is valued and trusted. All advertising is also beneficial because although an advertisement in a newspaper may only run once, the amount of sales from this advert can be quite substantial. This is based on the fact that new potential customers may become loyal repeat customers who bring in more than just a single sale but rather numerous sales over a particular time period.

Further benefits of newspaper advertising include the fact that a large number of people can be reached and due to the vast number of different types of publications, different target markets can be identified and targeted. Most newspapers make this an easy thing to find and study by means of readership studies which give detailed analysis of the readers of their publications. By ensuring that you study this information you can ensure that your newspaper advertising campaign proves to be fruitful in gaining more customers in South Africa. Once you have chosen your desired publication you should then begin to think about the actual advertisement that you would like to run. Various factors can impact on how your ad appears such as your budget, the page the ad will appear and other factors. Ultimately however you need to ensure that your advertisement is not seen to be a cost to your brand but rather an investment that leads to an increase in revenue. 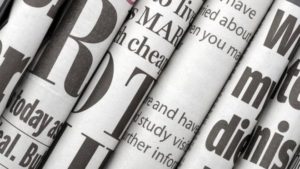 How Rates Are Calculated

As with various forms of advertising, the cost of newspaper advertising depends on various factors of your actual advertisement. These factors include the following:

The Size of the Advertisement

Which Publication the Advertisement Appears In

Different newspaper publications will have different rates. These rates are based on the amount of readers and the demographics of these readers.

Which Section of the Newspaper the Advertisement Appears In

How Many Times the Advertisement Will Run

Choosing a Color or Black and White Advertisement 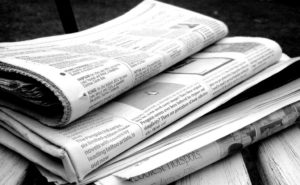